Changing To Full Screen Sets The Window To An Unexpected Position

Update Edit: Apparently this is not related to SDL, as I tried doing the same thing with SFML and had the same problem. So, I don’t know, maybe my monitor or graphics card is the problem.

This graphic illustrates what I am seeing (though not necessarily to scale): 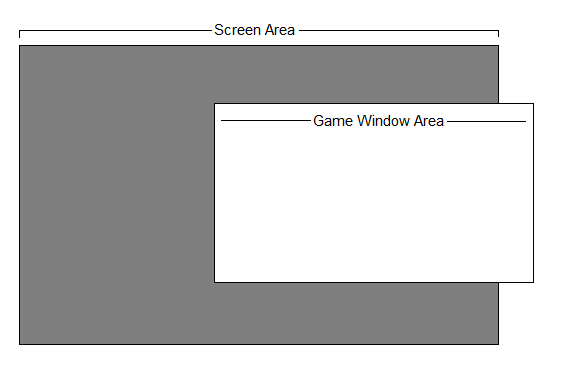 I’ve trimmed the source code down to as as basic as I could get, and it still occurs:

I’ve even tried downloading the SDL source code and loading it in my project with the debug symbols, but I’m still getting the same issue. Does anyone know what might be causing this behavior? It’s driving me nuts!

Can you change to the 1280x720 resolution in the Windows display settings?

Good question, I didn’t even think to try that! No, apparently I cannot. It gets the same results. I think my graphics card is to blame. Drivers are up to date, but it’s a pretty old card.