I’m developping under SDL2 ( On Linux ),

I don’t have any problems during the compiling, but when I’m running the output file ( “./a.out” ), my 32 firsts pixels are not displayed with my texture, but with the default color of my background ( white in fact ).

So, for resume: my first line of TileMap is remplace by the color of my background…

I’m sure that is SDL_GetTicks the problem because I tried to remove line by line the code that I added, and when I’m removing the “currTime = SDL_GetTicks();” line, the problem disappears… I also tried to move this line to the end of my while loop, but the problem is still here…

What is the problem ? Why do I have this ?

( P.S: I already had a similar problem with some other lines, but that was because I do an error on these line, but here, I follow a tutorial on YouTube for handling FPS… )

Sorry for my english, I’m french…

I have to do a modification of what I said:

Following the SDL Wiki, I retried:
At the end of my main while loop, if I just let: “currTime = SDL_GetTicks();” the problem disappears, but if I create a “if” condition just after this line, the problem come back again…

Sorry, but it’s a bit hard to understand what exactly it is you’re trying to do.

Regardless of the issue(s) you’re having with your code/game/application, it’s always good to show some code and someone here might be able to spot some error(s) in it.

Sorry for the long time for my reply,

I know that hard to represent with words, so this is my code:
( I put main.c and headers.h on a GitHub repository because I can’t upload here because I’m new… )
This is my repository

So please check the code ( The comments are in french, sorry lol )

The code that I put in this repository is without the bug.
If you wanna see the bug, just un-comment lines 174 and 175 ( the if statement )

I can sadly not re-create the bug you describe. When I run the application, with line 174 and 175 enabled, no visual bug occur. 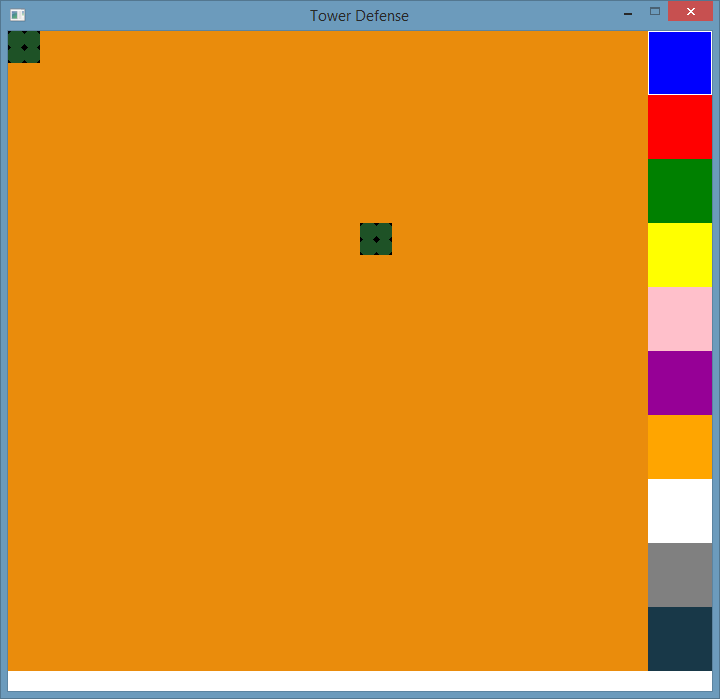 You see the white band at the top, this is my problem…
I think you tried to do somethings when the window is open, you can click on the green squares with the black dot at his middle. Me, with the white band, I can’t click the first one ( at the top-left corner )

So there is no bug for you ? But why I have this bug…

I’m under Kali Linux 2020, and I don’t have access to a Windows, so I can’t code under Windows, but do you think the problem is Linux ? And if it is, there is a solution ?