It is mostly intended for debug and quick prototypes, but I want to extend its scope in the future. This library was written in C++17 to use the helpful std::string_view so we can avoid allocations. 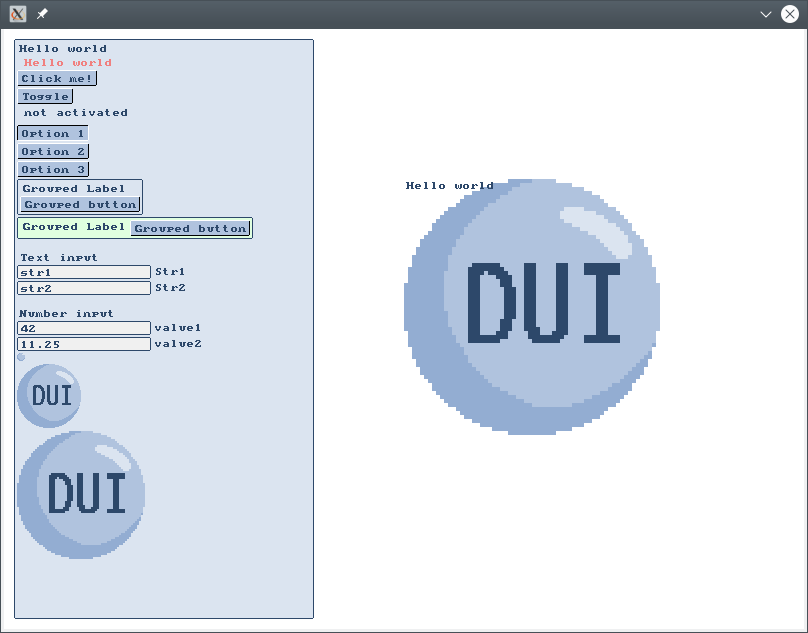 It is an immediate mode, so you have to first setup its state like this

Then send events to it:

Then define your elements:

And finally when finish all these things, render the frame:

The library is header only and it even has a single header file version too. It is hosted at https://github.com/talesm/dui, there you can also find a quick tutorial on the README and some examples under the examples directory.

So this looks awesome, but I wanted to make an observation unrelated to
the tech:

In America, when someone gets arrested for driving a car while drunk,
that is referred to as a “DUI” (“Driving Under the Influence”) and lots
of people here would probably have a seriously negative social response
to the term.

I recognize this a local cultural thing for me, and probably not at all
in Brazil, but I just thought I’d mention it.

That being said: making decisions based on American attitudes about
anything is highly overrated.