I’m trying to get the SDL2 library to work in C++ with Code::Blocks. After testing the installation (fighting the linker and debugger again and again…;), I managed to run the following code without fatal errors:

But at the end, the program returns the integer 32762 with this sentence: "Process return 32762 (0x7FFA) " and I don’t understand why it doesn’t just return 0 or 1. Even if I don’t have errors or warnings, the program does not operate normally. Honestly, I’m racking my brains about this problem, and Google hasn’t helped me much. However, I tried to remove the first line of my code, with the include and the program returns 0. It’s as if the SDL2 header or libs is bugging my code and crashing the program… I don’t know why MinGW can’t provide a good executable code under Windows with SDL2. I admit that any help is welcome, because you are my last chance ! Thank you very much for giving me time.

Not sure, but maybe it could help to use some compilation and linking flags.

I compile the above with GCC on Debian 11 via

Consider compiling it with

I’m a little unsure how you came up with that particular set of flags. (For example, I don’t think -lSDL2main does anything on a Linux system – it’s specifically for addressing an idiosyncrasy of Windows.)

Have you tried just using the flags from pkg-config and see if the behavior is any different? Try something like:

and see if anything changes.

I tested that using a Makefile of mine.
I tend to use all these flags in my projects.
Sorry for the potential confusion, though. 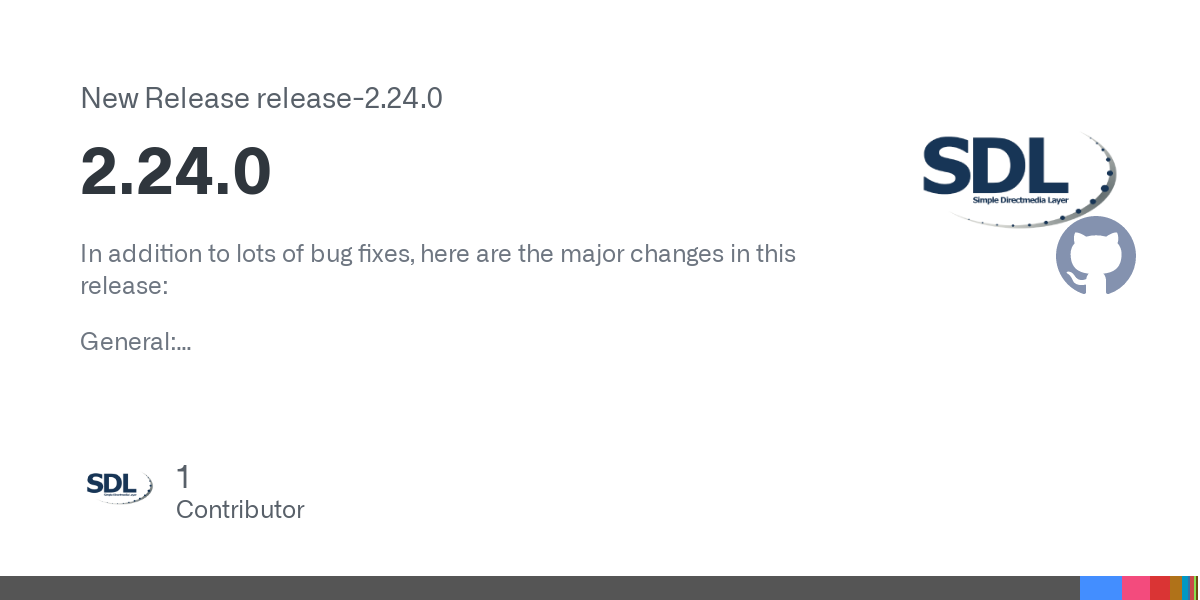 In addition to lots of bug fixes, here are the major changes in this release: General: New version numbering scheme, similar to GLib and Flatpak. An even number in the minor version (second compo...

a wizard comes up – give your project a name and location

it will ask you where SDL2 is

then save the file

and for this one example project there is an extra step that is needed
from codeblocks menu choose Settings / Global variables …
then press the New button
enter sdl2
and press OK
then in the base box enter the path where you saved the SDL folder
C:\SDL2\x86_64-w64-mingw32
then Close

you can see this by going to the codeblocks menu and
choosing Project / Build Options / (change from Debug to project name)
and look for the tab named
Pre/post build steps
and in the Post-build steps you’ll see this line
XCOPY $(#sdl2)\bin*.dll $(TARGET_OUTPUT_DIR) /D /Y

you may have to go to your codeblocks install folder and copy
libgcc_s_seh-1.dll
libstdc+±6.dll
libwinpthread-1.dll

over to the debug and release folder