I made a small little library to do effects on SDL_Surfaces. The main ones are inverting colors, grayscaling, flipping , recoloring and making circles.

I will like to expand the functionality more to make cooler effects for using RAW SDL based projects.

I added the source and example to Github: 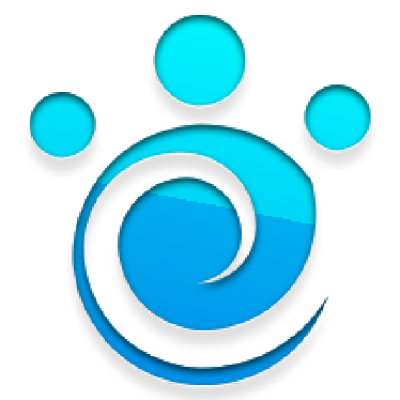 I opted to go the route of C++, but maybe I will make a c version with just functions. But one of the functions used std::min, but probably is a c alternative available.

Please give it a look and all feedback is welcome.

Hello!
Thanks for sharing.
If your only need for C++ is using std::min, you could simply define your own function: int imin(int a, int b) { return a < b ? a : b; } for integers, and for float you can use the standard fmin.
Moreover, there is dead code in your .cpp (code that is commented). Because you are using git (or any other versioning tool), you should simply delete the code you no longer need. If later you want to get it back, you can use git to see previous version of your code where this code appeared.
Finally, you are not consistent on variables declarations, sometimes int x is inside the for-loop parenthesis, and sometimes outside (guideline : there should be inside the for-loop parenthesis if you don’t need x outside the loop).

You can also use SDL_min()

Thank you all for the support.

I will be applying an update soon with this.

Also,do you all think I should make it in c instead or do you all like the namespace?

I’ve updated the github to reflect snake_case_lower and also am now using SDL_min and SDL_max for less includes needed. Also I’ve ran into a bug in which the prerendered circles are not removing from memory when calling SDL_FreeSurface, would anyone be able to assist with this goal?

Hello, I've been hunting to discover why there is a memory leak via the prerender_circle function. It appears the surface is not being...

Created a little homepage for the library: 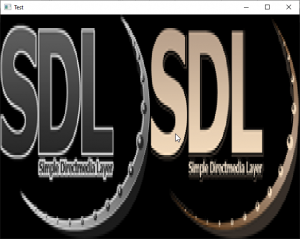 Project Info: A small SDL based library for modifying surfaces and creating image effects. Simply include this in your project and make calls via the ‘sdl_surface_ex” namespace. License: MIT License Language: C++ Dependencies: SDL2,SDL2_image Library...

Well first of all, let me say this is an excellent idea! I can think of lots of uses for these sorts of renderings. I actually tried putting together something similar once, to draw triangles, for a minigame I wanted to make. I only abandoned that effort because it was too slow to work (well) in real time.

I took a look through your code, and while I can totally see myself using this, I did have a few comments.

Thanks for the upload! I really think this is a great project!

4)Oh I probably should make a C version too, the reason i used C++ was mainly to use a namespace.

I might add another good reason to use C instead of C++ for libraries, is that you gain not only greater portability(via FFI’s) but also simplicity. Since C is lower-level than C++, there aren’t any “big ideas” mixed in with it(e.g. OO). Which makes it a perfect fit for other language FFI’s, kind of like how a brick is a perfect object to build a house with! Since C is so simple, it is ultimately more versatile as a low-level language than C++ can be. A real world example might be how Emacs is build! Emacs Lisp was implemented in C. Lisp has a lot of big ideas, that make it suitable for AI development(e.g. reflection), Since C is so basic, the developers of Emacs were able to implement all of the features of that higher level language themselves in C first, thus making it possible in Emacs Lisp!

Here’s where I learned what I know about the glow effect:

In viewing computer graphics, the intensity of light reaching the eye is limited, so the only way to distinguish intense sources of light is by their surrounding glow and halos. D3D shaders allow us to fill real-time rendered scenes with bright,...

The short version is, for each pixel, you take the nearby pixels and scale a part of their data by distance, so it looks like it’s glowing. The part of the data (RGB or Alpha) depends on your specific implementation; in this case, I would think you should probably retain RGB and scale Alpha but you can always play with it some. You give it a radius, in pixels, and this controls how pronounced the effect is.

Thanks to the nature of these kinds of effects, you can usually scale before calculation and then scale back once it’s done. This speeds the calculation up dramatically. But the best performance boost you can get is by utilizing a Gaussian function for the blur. Two Gaussians add to form another Gaussian, so you can bloom first on one axis and then on the other. This means that rather than running 4 * radius^2 calculations for every pixel, you’re running 2 * radius calculations for every pixel instead.

Now, this is the kind of calculation that really needs to be hardware accelerated, which is where I got stuck when I tried to make my own. I could probably have figured it out eventually, but support for GPU calculations just wasn’t there for Windows yet (and I develop on a Windows machine), so I was looking at doing some pretty crazy tricks trying to get it to work. The situation may be improved by now; I’m not sure. I just know that if somebody can pull this off in SDL, I would absolutely LOVE to have this kind of thing available.

Best of luck, if you decide to look into this! Like I mentioned before, I think this is a great library already.

Was looking at the github and unsure what other functions/features to add? As its mainly “pre-processing” surfaces to become textures, etc.